Why is it that the market appears to no longer be willing only to go straight down in the face of a tough backdrop, one that day by day is getting tougher? Because at the beginning, middle and end of the day are discounting mechanisms. They price factors in all the time, all day, every day. They get it right and they get it wrong…rinse then repeat.

What they are saying now is that the effects of quantitative tightening are starting to work. No everywhere all at once. But enough so on the fringes that we have reached the end of the beginning, as Churchill said. Try as we might, it’s tough to find a better description than this of where we are.

That said, bond volatility is telling you that we aren’t out of the woods yet, but what would you expect given the lack of feel for the market the Federal Reserve showed in 2020 and 2021. Are we out of the woods, yet? If we aren’t there today, we are getting much closer.

Let’s review some of the other choice headlines of late. Keep in mind, we mocked how good things sounded on the way up in 2021, and we’ve therefore earned the right to mock how bad they have gotten now. Cliched as it might look and sound, this is how the world works. With the indexes down 20%, and speculative places in the market off 50% or more*, the markets are in some form of fear or despair. And if not already there, capitulation.

And now, news torn from the headlines.

Loan loss provisions are moving up across the financial sector. But what did you expect?

American Express is setting aside more money as well as rates on credit cards go through the roof. As Howard Cosell might say as it relates to what QT looks like today and this chart ‘and theeehhrrr, right theeehhrr...’

Keep in mind, we’ve had 12 of these ‘monsters’ since 1950. And just like my tailgates, the U.S. economy has never lost a recession. If the Gutty Bruins of Westwood would pick up my pace, we would be hanging banners all over Westwood and the Rose Bowl at this point. Forgive the digression, we are indeed heading towards a recession. Get over it.

Goldman Sachs’ former Chief Economist, Bill Dudley, opined this morning that Fed Chairman Jerome Powell is more a Arthur Burns pacifist than a Paul Volcker apex feeding hawk when it comes to fighting inflation. Something tells me he is not alone in that opinion as taking the foot off the gas for now seems much more likely than putting the hammer down and seeing how far the ‘risk off’ trade can be pushed. That said, it would be amusing if Powell went as a practitioner of falconry this Halloween.

Speaking of ‘risk off’, holy hell is there some serious carnage out there in the technology ecosystem. Like life changing losses if you didn’t hedge your bets while sitting on millions in paper gains.

First example, and one that hits home, Blue Apron, the maker of meal kits for those that can’t put together a recipe…

From the IPO high of $165 to the current $2.60, the company has seen its value crater by 98%. That’s right, APRN is now worth less than $100 million, down from the $2 billion it was afforded at the company’s peak**. Turns out there was little of value in their culinary proposition.

As a sidenote, I have boots on the ground experience in the home cooked, home delivered food business having given it a try for my other job as co-founder of the Oaks Culinary Group. During the early months of the pandemic, we tried to capitalize on the stay-at-home consumer only to find out that the volume and scale you needed to even begin to try to make it economically viable was too much for the mortal capitalist. This pallet of Blue Apron boxes has a negative margin by the time it hits the consumers doorstep.

So, we handed back the keys to the likes of Homemate out of Denmark to change the way the world eats. For while our grub was very good, the business model sucked, and life is too short to keep trying the same insane thing while expecting a different result. We wished our version, Harbinger Foods, ‘farvel’ and have zero regrets for doing so.

In the world of social media companies, the situation isn’t looking much brighter as the fickle thumbs of adolescents has sent the stock of Snap and Facebook into lows not seen in years, the former tanking another 30% just last week on slower growth. To which I say, good riddance. I’ve hated both companies for a while now and could not have been more vocal about it. But alas, hope springs eternal for those who don’t want to do the work to figure it out. I wish you well in your future endeavors.

Back to my favorite whipping boy, Meta/Facebook, which is in a full-blown ad campaign complete with a bunch of people sitting around with VR headsets on. Truth be told, the whole thing looks to such a stretch in terms of mainstream adoption it’s borderline a joke, and for sure is laughable. Good luck to those who have defended it all the way down, and you know who you are.

A little gift from the Hawaiian God’s fell into the Islands’ namesake airline, Hawaiian Air, when Amazon agreed to buy up to 15% of the stock in exchange for guaranteed capacity on the carrier’s fleet of Airbus cargo planes. Not that anyone needs another high-risk trade on their books, but for the adventurous I can see a ‘meme’ future for HA stock as it become a public proxy for the new ‘Air Amazon’

Steve Chazen, the former CEO of Occidental Petroleum, and all-around crusty good guy, passed away last month at the age of 76. I had the chance to meet Steve as an oil & gas analyst back in the day. And let me say this, the lobster cobb he served in the OXY boardroom was one of the best I’ve ever had. Like seriously this time, the best. And way better than some WASPy Easterner’s yacht club version. But I digress, in a world filled with Wall Street bullshitters, Steve was the farthest thing from it.

My all-time favorite quote from the man, and one that aptly describes the agony and frustration of those who chased oil riches in California’s Monterey Shale, was that the rock fracked like ‘peanut butter, not peanut brittle’, and that was all you needed to know. The oil holding shale in the Bakken was the latter, with the strata scattered around Ventura, Santa Barbara and Kern counties was the former. And that made all the difference in the world. It was too young, and not cooked enough to properly party with lateral frack strings. See ya in a couple million years, kid.

Headed to San Francisco this week on the trail of selling seed based dips for $5.00 wholesale, $10.00 retail, that cost us $2.50 to make. Nice business and it beats the living shit out of trying to get ahead in the once glamorous world of hedge funds. If you have interest in booking some time to talk markets, the economy, or the foods business, I’m game. Cell number is (805) 680-8623. I’ll probably be hitting Golden Gate Park as well in a nostalgic journey to my youthful days in the Bay Area. Who says we don’t have seasons?

The information provided is for educational and informational purposes only and does not constitute investment advice and it should not be relied on as such. It should not be considered a solicitation to buy or an offer to sell a security. It does not take into account any investor's particular investment objectives, strategies, tax status or investment horizon. You should consult your attorney or tax advisor.

The information contained above is for illustrative purposes only.

Pursuant to the March 13, 2020 Exemptive Order issued by the Securities and Exchange Commission (the “SEC”) allowing an extension of the Annual ADV filing deadline,  Axxcess Wealth Management, LLC has elected to request such an extension and intends to file by April 10, 2020. 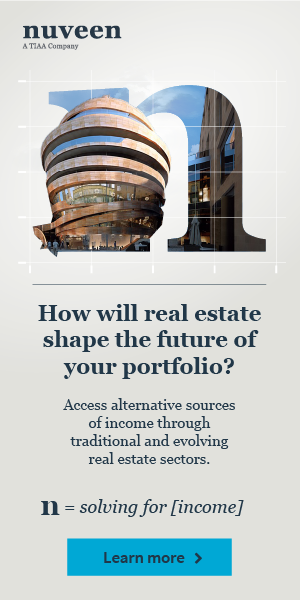