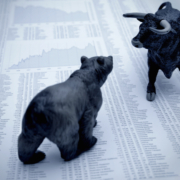 Short notes this week as me and the Vid decided to tangle. Some get off easy. Some not so much. I fall in the latter camp and it feels like a fully loaded 18-wheeler just merged into my lane without so much a signal. I now apologize for my sins as this is an axle wrapping unlike any other axle wrappings. 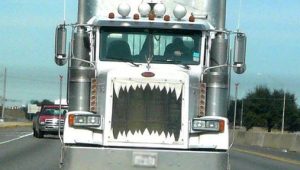 This week we are going to pass over the geopolitical and top-down macro. Those horses have been ridden hard and put to bed wet. Curve inversion has everyone planning the next recession and certain smart people like Bill Ackman are comparing Russia’s invasion of Ukraine to the start of World War Three. Though this image looks like it came from Star magazine. 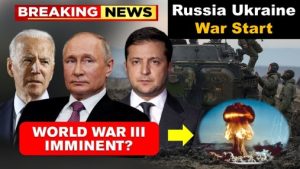 As regular readers know, we are big fans of Bill Dudley as he has had a very special perch on Wall Street for a couple of decades now. This week he opined that ‘If stocks don’t fall, the Fed needs to force them.’ That’s not a small statement, but one that is agreeable. Inflation is indeed a big problem, and that goes for asset prices as well. Bottom line, if you own equities, you’ve made your money for this cycle. And while we are no market technicians, it’s hard not to notice that two thirds of a head and shoulder top is in place.

First quarter earnings will start coming out in earnest beginning next week, and they are coming up against tough year over year comps. If there is a contraction, as FactSet is predicting, that will be the first down quarter in seven. Run for the hills? Negative. But don’t be surprised when there is an overhead lid on shares while they absorb the torrid pace of growth they have experienced since 2020. 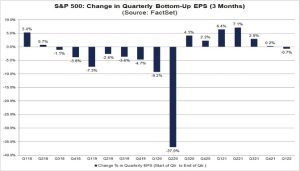 Down to the sector level, growth is led by energy, energy, and energy. A mad rally in the price of crude is the reason. Out of the consumers pocket, and straight into those who pull petro products from the ground. Industrial companies and consumer discretionary are both looking at contractions of size. Blame it all on rising prices and Joe and Jospehine Six Pack are sitting on their wallets, sweating inflation out. 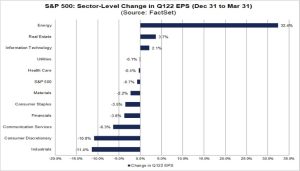 While it didn’t end the way we predicted, the men’s college basketball tournament came through for advertisers as it drew an additional 4% viewership for the national title game over last year. Overall, viewership is up 13% from the 2021 lows. The comeback win by Kansas was not only historic, it was legendary producer, Bob Fishman’s final game after 39 years in the producers chair. 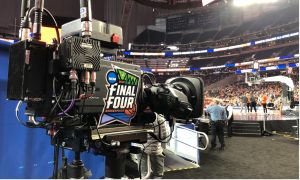 The historic loss by North Carolina, after leading by 18, is a great example of how anything can go from far right tail to far left tail through a matter of decisions, actions, and events. And while we love the Tar Heels, the Jayhawks are good people as well. And head coach Bill Self is as classy as they get. Hubert, your time will come. 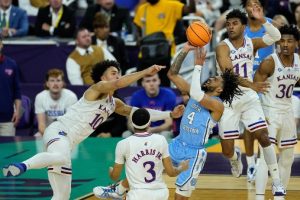 With that, I’m crawling back into the rack, literally, with a new appreciation for how much Covid can pound the body. Enjoy the week and enjoy that we only we get one trip around this rock of ours, make it a good one. 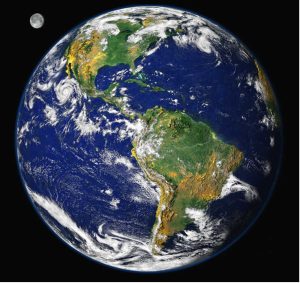