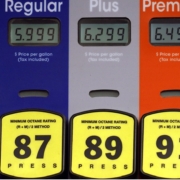 Two weeks forward, and the global economy’s inbox for unintended consequences of a Russian invasion of Ukraine is now full, and Microsoft doesn’t have a work around for this one yet. From any angle, unless you are sitting long every oil major, minor, and spec driller this is a problem. A big one. 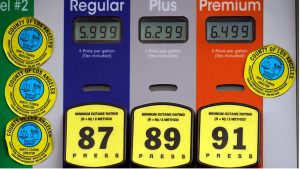 The spike in crude to $130 Tuesday morning was on the heels of news that there would be a full on western ban of Russian oil exports, which Germany quickly dismissed. We do not disagree with the Russian oil ministers’ position that anything looking like a ban could trigger $300 crude prices. But what does it matter? It’s all China, all day, each and every day. 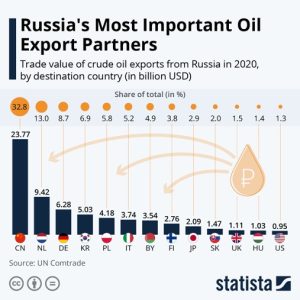 If anyone out there is listening, here is our ‘from every rooftop’ advice. The U.S., and the rest of the free world, should stay a million miles away from playing chicken with Putin over control of commodity prices. Sadly, he has the upper hand even while playing with a smaller stack of chips. We should tell Russia to pump every barrel they can, pull every Mcf of natural gas from the ground, sell every ounce on nickel they have, and so on. Why? The absolute last thing central bankers need right now as they try to fight inflation is a commodities price spike, and that’s exactly what they are getting. Guess who is smiling through his little rat faced teeth? 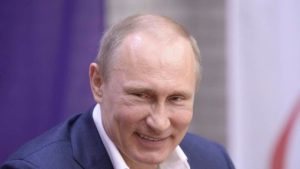 Editor’s Note: Between the time I started writing on Wednesday morning, and when this went to publish on Thursday, oil corrected more than 10% and the risk on trade went ballistic. Take my advice, President Biden and others, don’t mess with inflation. Play a successful game of chess, to Putin’s checkers. Do whatever you can, by any means possible, to break the fever on prices. 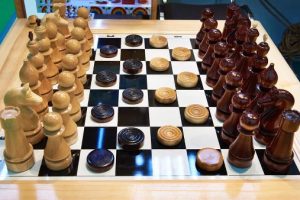 Bringing this full circle to what our Federal Reserve is up against, Jeff Gundlach, one of the best in the business of seeing what’s coming next, thinks inflation could easily top out north of 10% in the near to intermediate term. This situation is far worse than it was a short six months ago. 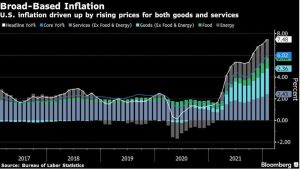 Waiting on CPI release on Thursday morning at 5:30 am

And if the Fed has any credibility left, it will do what is right and step up when the times are toughest. Forget about the asset bubbles they helped create over the past twenty-four months and stop thinking they need to backstop every trade. Raise rates firmly, and with deliberate authority. 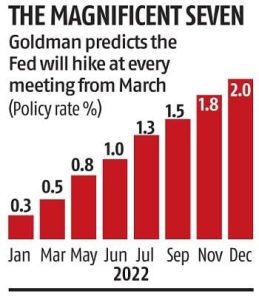 Let markets be markets once again. And remind everyone the world over that there are simply no crybabies allowed in the big casino. Sometimes you are at the Baccarat table on a hoppin Friday night at the Bellagio, and others you are playing $1 war at Caesar’s on a depressing Sunday afternoon waiting for the late flight home. I know at least one of these trades all too well. If you don’t appreciate this picture of Evel’s Caesar Palace fountain jump, I respectfully ask you to unsubscribe and lose my number. He didn’t nail the landing. We hope Jerome Powell does a better job of it, for all of us. 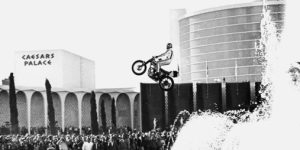 While markets might be dumb for a while, they are never stupid. This has been showing up with spikes in volatility indexes over the past few weeks, and daily 2% to 3% swings in the major averages. Rate hikes, what rate hikes? We have live shooting war going on with major global economic implications. 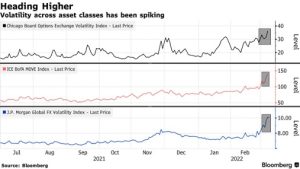 Aside from the human casualties, there have been financial ones as well. Case in point, the BlackRock Emerging Frontiers hedge fund. The $1 billion fund got clipped for 10% in February by leaning long into Russia pre-invasion. Keep in mind, this is a fund that has not lost you money in more than a decade.

There is a lot of boring stuff in the fund management business, and we hope and pray that nobody we know ever seeks to raise seed capital for another large cap growth or dividend aristocrats strategy. These, along with most everything else, are retreads run by guys and gals who can’t give up the glory days of a full 100 basis points of fee clipping. But frontier funds, these are a different kind of beast. And a cool looking beast at that. 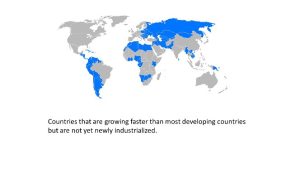 We mention this because there are getting to be fewer and fewer grey places on the map. Places nobody knows about. But where they exist, so does opportunity. Jeff Gundlach sees it and is recommending investors tilt towards emerging markets during this dislocation. Let’s call this an early tease for April’s Mid-Current piece where we take you to Africa, Southeast Asia, and southern tip of the Americas in search of opportunity. So, pack the bug spray and dry socks, we are going adventuring.

Speaking of adventure, it has been just that in the world of innovation and money losing, yet public, startups over the past twelve months. Anyone on the long side of this trade can tell you that downward drop is significantly faster than the uphill climb.

As we have said many times before, we are no haters of Cathie Wood and ARK Innovation. We’ve followed her for the better part of five years and knew full well that she had a sizeable lead in the frontier investing area of innovation and disruption, however you want to define it. Like all mega trends, they go through phases where you can look like a genius, or a fool. Full left tail, right tail swings. 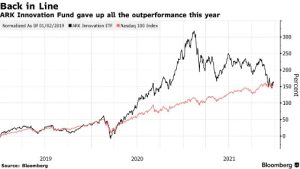 The take home of all of this is to learn to ride the bell curve of financial markets, and of life. Never fall too much in love with the two-sigma right tail moments or fear the dark times when the left tail takes you to the edge. It should all even out if you have a balance of choices. Just remember, those who stay too long hanging out where trouble is found, are going to find trouble. And they will have nobody to blame but themselves. 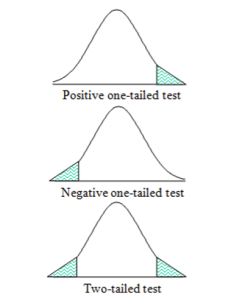 That’s what we have for you from the markets and the economy this week. To keep you entertained, and in touch with the human side of life, I’m going to read you in on the adventure I am embarking on. It’s a two day haul from Los Angeles to Stillwater, Minnesota via a motorcoach averaging 90 mph. The over under on how much gas I burn is $650. 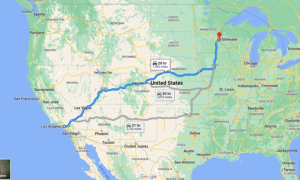 The journey starts at El Cholo on Western Ave in Los Angeles where I will be enjoying a couple of perfectly crafted margos before the home team Loyola Cubs take on the Santa Barbara Dons in volleyball. Wheels up post-match. 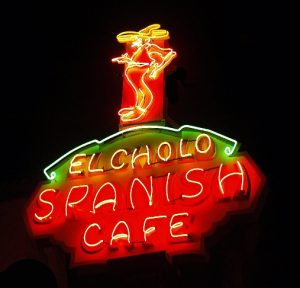 And the journey ends with pizza and wine in cave at Luna Rosa in Stillwater on the bank of the LaCroix river. 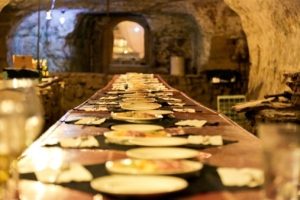 That, my friends, is what they call culinary range. The reason for the trip, one that will end two days later in Red Lodge, Montana, is to take my late mentor John Tubbesing’s coveted collection of fly-fishing and hunting gear to its final home, the family residence at the base of the Beartooth Mountains and Yellowstone Park. 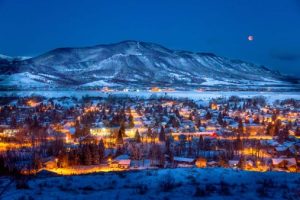 A grave robber I am not, but like hell I’m letting his fly-tying desk, split bamboo rod, and Browning shotgun fall into the wrong hands. This is a young version grasshopper with the master circa 1994 on the East Rosebud River. I do believe I made him proud in this lifetime, and I hope to do the same. See you on the other side, John. I never missed a hook set, the fish was simply lazy. 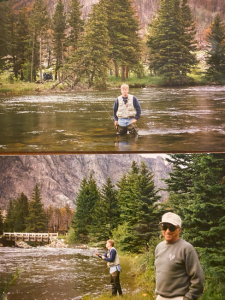 The Axxcess Platform Annual Conference is our capstone event each year. Our platform is built for the experienced Advisor looking to improve its current RIA platform, or as an operational solution for a high caliber professional thinking of going independent and seeking a seamless transition. The conference focuses on enhancing advisor and client experiences in practice management and bringing together leading investment managers in a forum that is designed to enhance advisor efficiency, engagement, and client development and elevate the role of the independent investment advisor. Escape the office, assess the landscape, examine the opportunities, and plan to implement in the year ahead.

This year, Axxcess will present its annual conference through a lens of innovation. While the industry struggles with lower cost solutions for the mass affluent, the reality is the higher net worth clients continue to increase concentration in real estate, private businesses, and direct investments. These are areas the independent Advisor should pay close attention to.

Axxcess has been recognized as one of “America’s Best TAMPS 2020” by Wealth Advisor.

Axxcess has a solution to help your client track, report
and bill on their total wealth. Advisors can integrate
tactical, strategic equity, and ETF strategies alongside
fixed income, options overlay and private investments—
all in a single brokerage account; track, monitor and
report on each strategy at the sleeve level. We built our
reporting platform to deliver a comprehensive view of
client wealth—both online and on paper. We will brand
your portal application for your clients to download from
the Apple App Store and Google Play for Android.

Through our platform you can:

Click the link below to read more about the Axxcess Platform! 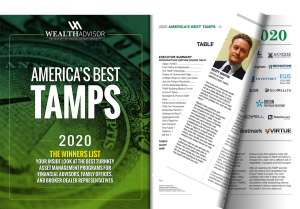